skip to main | skip to sidebar

compendium of Aepril's communications on art, beauty, bellydance, the dark, faery tale, nature, magick, ritual, theatre, death and love. The talk of a priestess and shaman of the Dark Goddess.

I am not complaining about Winter. I love it.

I know that most assume that I am an extrovert, but no, I am not. I am a performer. This is different. I am an "introverted exhibitionist".

Winter gives me a wonderful opportunity to go within even further, without the demands of too much "people time". Don't get me wrong--I'm not generally a misanthrope. I do care for other people. I just need lots of time to be alone with myself, and with Spirit. I like to have time and space to fully indulge myself in the subjects that interest me. I like to spend time with the other creatures of the earth, hearing their stories and songs. I enjoy long conversations with dear friends about "matters of ultimate concern".

I remember once I was told by someone who produced bellydance products and events that I was "rotting up there." Meaning, that because I wasn't in NYC trying to make it big, that I was wasting my life. When I spoke of my love for the Forest, and the Sea, she looked at me as though I was speaking in gibberish and drooling.

Some of my friends know that I once spent a year in cabin in northern Vermont. It was just me, and Coda, my wolf hybrid. The winter was the most beautiful, most awful and magnificent and important time for me. Day rolled into night and into the next day...Spirit spoke to me strongly then, and clear language and with Love. I made snow sculptures that would then melt away, a meditation on mortality. I began to dance then, and played music for the first time, but as though I'd been playing it all my life. My heart opened.

I should say also that it is not an EASY time. Winter is not meant for that. Winter is the mortality bringer, the Snow Queen's season. It is a profound time though, one of getting down to gut and bone and heart and ART.

This Winter is like this; my piano is getting the work out of a lifetime, my pen is working and keyboard is well used, my body is worked out from dancing. I hear Spirit in a strong and clear voice. I am singing and playing and divining and creating. The natural world has an endless array of details to experience and behold, telling me about the Universe itself.

"THERE is a solitude of space,
A solitude of sea,
A solitude of death, but these
Society shall be,
Compared with that profounder site,
That polar privacy,
A Soul admitted to Itself:
Finite Infinity."
- Emily Dickinson
Email ThisBlogThis!Share to TwitterShare to FacebookShare to Pinterest
Posted by Aepril at 4:57 PM 0 comments

Shadow work is everywhere right now. I see its efforts and effects in friends I've known for years, and in people who are now beginning to take a more prominent role in my life. These relationships we have with one another--poking and prodding the wounded places, offering good medicine and healing, sometimes less then consciously. Ouch! Ooops, I did I bump you? I didn't mean to hit that nerve. I was jest sayin'...you don't have to get all... We push, kiss, shove back, hold, fuck, try not to fuck, spar, long for, protest too much, hang on, let go, excite, fight, embrace change or try to keep moving in an old life on sheer momentum...The posturing is hysterically funny, making (some of) us laugh to the point of tears, the dance is ecstatically beautiful when we hold space, witness, play.


This transitioning, this shifting.


I feel a gravity pulling, though so much is in Mystery. I feel the wind between the worlds with this OPENING. I can lay down in the warm dark waters of this Mystery...love is a river, drink from it! Swim, breathe in it--it is possible. Sometimes I get the joke, sometimes I most certainly don't. That's when I'm REALLY funny, and the gods laugh (and laugh!). I dust myself off, try to regain a little dignity, and do it all some more.


(Originally posted on my Facebook page.)
Email ThisBlogThis!Share to TwitterShare to FacebookShare to Pinterest
Posted by Aepril at 9:31 AM 0 comments

Wishing all a very merry Yule, and a happy, healthy rebirth of the Light! 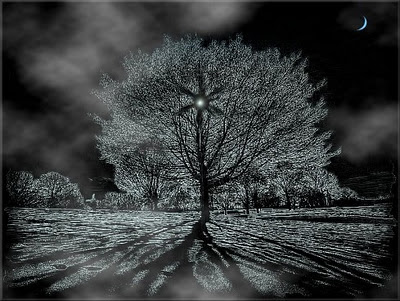 Aglow by hearth and candleflameFrom burning branch ot emberThe mist of all their music sangAs if to ask in wonder
Is there a moment quite as keenOr memory as bright As light and fire and music (sweet)To warm the winter's night?


Email ThisBlogThis!Share to TwitterShare to FacebookShare to Pinterest
Posted by Aepril at 6:22 PM 0 comments

"K" is for Kabbalah

I have begun a study of Kabbalah. Or maybe, more accurately, Qabalah with a "Q", as it is the hermetic form of Kabbalah that interests me most.

As I am merely a beginning student (and will probably consider myself so even after years of study), I don't have many words of wisdom to impart! So  instead,  for this week's Pagan Blog Project entry, I post a few images of Kabbalah that caught my eye: 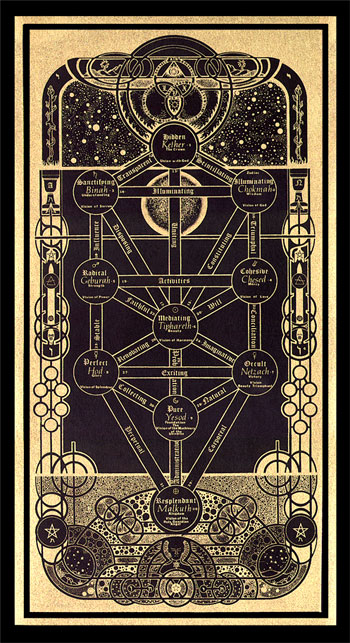 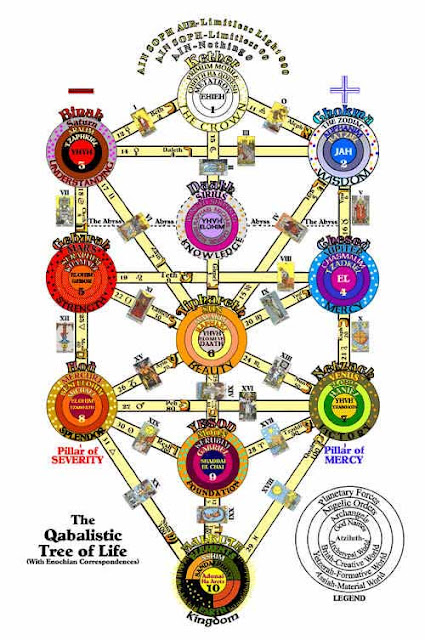 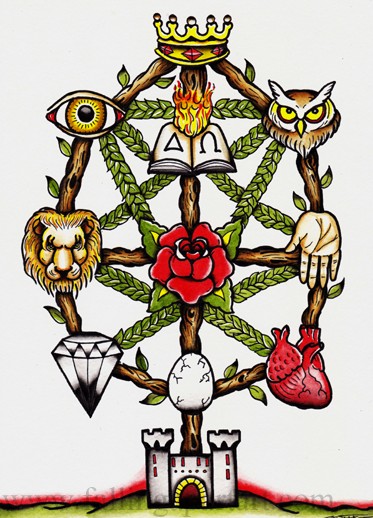 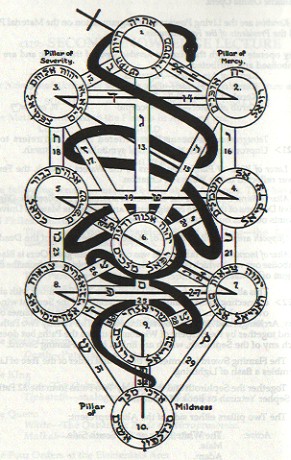 Email ThisBlogThis!Share to TwitterShare to FacebookShare to Pinterest
Posted by Aepril at 7:14 PM 0 comments

I’ve received many responses to my post  A Witch Who Cannot Hex, Cannot Heal, (“H” for the Pagan Blog Project). The majority have been supportive and positive. Some people have even said that they have felt liberated by what I said. Wow! Other people have disagreed, and that’s fine. Not everyone is going to be comfortable with the ideas in the post.

But one argument stands out for me as totally absurd: that I shouldn't write these things because  it will give the rest of the world the wrong impression about Witches; that it only confirms to the world that Witches are all about curses, people will take it the wrong way...Etc. 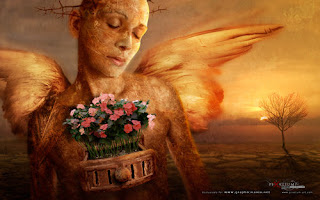 Oh, please! Why should I be responsible for what other people think? I can’t control that. It’s not my job to try. I don't represent all Witches everywhere, and though yes, I expect that my words could influence thought, its not my job to control the outcome of this influence. I am reminded  of what’s been said a thousand times to LGBT people by other LGBT people: that they should modify their behavior (i.e. not be too “flamboyant” or demonstrative) in order to be “accepted” by society. Oh yank, yank, yank. How does that usually turn out? The same has been said to every oppressed group in history, from women to African Americans, to indigenous tribes everywhere, to Witches.

My job, and the job of Witches, is to answer to our higher selves, and to embrace our CALLING. Not to obsess about what the neighbors will think. I am not saying that sometimes it is not necessary to stay on the down low for self-protection. That is survival, and I get that. But to be less than oneself in order to “accepted”? Ha! News flash ya’ll: if you have to make yourself smaller for anyone, they’re not going to accept you anyway. That’s how it is, that’s how it’s always been, and that is how it will be. Don’t you think that the witches who were hung and burned thought about modifying their behavior to get along before they ended up on the stake or gallows? Don’t you think that many tried this to see if maybe they could be “accepted”? Besides, you’re not being accepted if you are changing who you are. Some charade that you are acting out is being merely tolerated.

I had a long conversation with Laurie Cabot the other day, as we were preparing for my interview with her about her days as a Bellydancer. (interview to appear in Belly Dance New England magazine soon!) We talked about this idea of one’s calling, and how it is essential that, in order to be truly empowered to answer a calling, one MUST NOT entertain the smallness of some minds. To do so is pointless and a waste of energy. Laurie Cabot is one who has sacrificed a great deal to be true to herself as a Witch, as an artist, and as a woman over many decades. Though she has paid the price, she still felt that it was essential, for true sovereignty over one’s life as a Witch and/or simply as a human being, that we not expend energy what “those people” say. 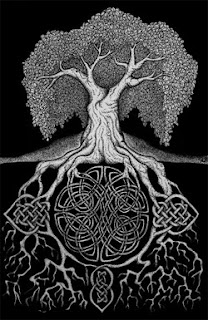 Jungian psychologist James Hillman, in his book The Soul’s Code: In Search of Character and Calling, talks a great deal about the dangers of not answering the call that comes from within. He says that we are all born with an “acorn” (seed) or “daimon” (not demon, read carefully, please). He asserts that when the daimon within is thwarted for whatever reason (“acceptance” by society? “Sacrificing” for the “sake of the kids”?) the person becomes twisted up and passes this fucked-up-ness down into the next generations. He says that in order to have a healthy, empowered life, one must answer the calling fully. This is not a selfish act; on the contrary, it creates an empowered path to health that is then passed down to those who come after. And check it out: we then become the best elders and ancestors we can be! How about it? Win-win.

Whatever our stance on hexing and healing, I think that it’s a waste of time for any of us to hold back our ideas and feelings just because “we’re not accepted in society yet.” Seriously? How long should we wait? I’m not holding my breath. I’m going to set my intention to do my real job, which is to be myself, fully and lovingly. Acceptance starts within.

And as within, so without.

Email ThisBlogThis!Share to TwitterShare to FacebookShare to Pinterest
Posted by Aepril at 11:57 AM 2 comments

Happy May Day! A Blessed Beltaine to you!!!

Blessed Beltaine to all my friends near and far! And a very blessed Samhain to my friends in the southern half of  Gaia. 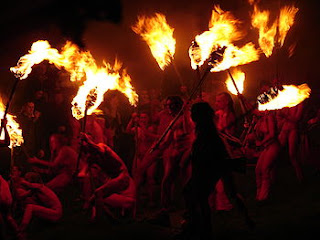 I am loving this video slideshow of the Betaine Fire Festival  in Edinburgh, Scotland, and I intend to make it my business to be there next year!

Email ThisBlogThis!Share to TwitterShare to FacebookShare to Pinterest
Posted by Aepril at 11:51 AM 0 comments

Please visit my dance and health diary, serpent moon. I write for one cycle of the moon, new moon to new moon, to create better habits and authentically chronicle my practice.

Email ThisBlogThis!Share to TwitterShare to FacebookShare to Pinterest
Posted by Aepril at 1:30 PM 0 comments 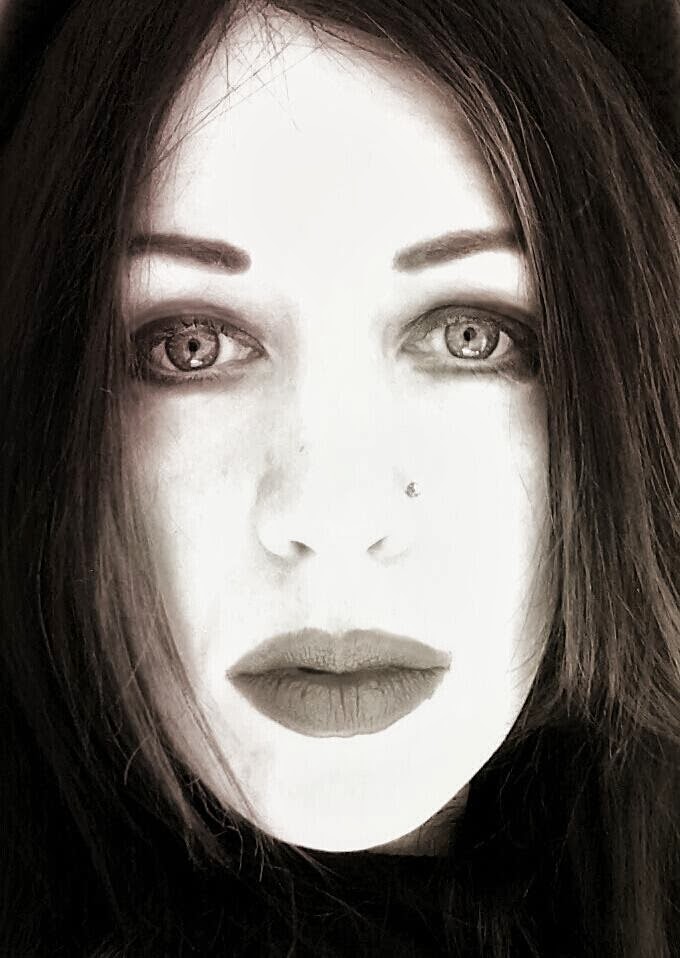 It is love, not reason, that is stronger than death.